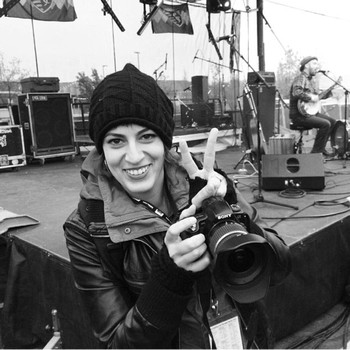 Fally Afani is an award-winning journalist with a career spanning more than two decades in media. She has worked extensively in radio, television, newspapers, magazines, and more.

Fally’s work has been featured in magazines, newspapers, and television stations across Kansas. She has received several Kansas Association of Broadcasters awards as well as an Edward R. Murrow award for her online work in journalism. Fally is also the recipient of the Rocket Grant Award, which helped develop live music events for her community. In 2015, a video she made detailing one second of her life every day gained national attention after it was featured on BuzzFeed and The Huffington Post. She has created her "Just A Sec" videos every year since, and you can watch the most recent one below.

Currently, she resides in Lawrence, Kansas, where she focuses on live events and photographs for various media entities and tourism boards.